The Age of the Experience-Centric Consumer
Perspectives > Blog Post

The Age of the Experience-Centric Consumer

In recent years, the collective consumer consciousness has shifted towards experiential over material spending. What can brands do to stay relevant in this era?

Certain decades are associated with materially aspirational lifestyles: the 1980s with bling, champagne and “Wolf of Wall Street” excess, the Dot-com era with a similar lavishness. But while previous generations might have aspired to a Prada bag or five-bedroom house, the collective consciousness has shifted towards experiential over material spending.

As a Los Angeles-based researcher I’ve had a chance to observe these trends for twenty years, traveling widely to interview myriad consumers – one thousand in the last year alone – about a wide range of topics and categories for major brands. Whether discussing coffee or cars, TV or toys, common themes and a “collective mindset” often emerge from my interviews with people of different ethnic and socio-economic backgrounds.

In 2008, data tracking what parents buy for their children revealed a preference for piano lessons over designer jeans, a trend supported by comments and stories in focus groups conducted during the last recession. Kids said they loved going to the bookstore with their parents even if they didn’t buy anything. Parents said they preferred to enroll their kids in camps and lessons instead of buying them expensive items because they could “keep skills and memories forever.” Adults said travelling proved more meaningful than purchasing material goods.

The recession may be over, but the trend of collecting experiences instead of items is becoming even more noticeable. Participants in recent focus groups asked to bring an artifact reflecting their values and priories brought items revealing this shift. A woman in her late twenties, who works a minimum wage job and struggles to make ends meet, came with an empty photo album, which she keeps to remind her of the places she’s going to visit someday. Unlike previous generations, she doesn’t aspire to home ownership or a better career, but to see the world and collect experiences. Another millennial brought a faded, snapshot he described as “the only photo I have of my real father, a man who was never married to my mother and who disappeared shortly after this picture was taken.” When he spoke about his aspirations and goals for the future, none involved traditional, material markers of success.

In order to stay relevant, brands need to reflect the shift away from aspirational items.

This phenomenon is probably multi-factorial, in part the result of an economy that tanked and destroyed people’s life savings and home equity. Books like “The Not So Big Home” describe the movement from McMansions to smaller, design-centric spaces. Baby Boomers downsized and Millennials faced a very uncertain job and housing market, with technological advances further reducing the reliance on physical items.

One indicator of this downsizing is the migration of music and books to digital formats. There’s also more willingness among consumers to simply stream content: services like Pandora offer instantaneous, on-demand platforms that emphasize the experience of listening to music rather than ownership. Interestingly, the current resurgence of vinyl comes from the same place. It’s about owning a beautifully designed album, placing the record on the turntable, hearing the subtle texture the needle provides – a sound those born in the digital era have never heard. The focus is both on the tactile experience of owning and playing the music and the act of listening to it.

The video game and television industries show similar shifts as well, with apps and downloadable console games outpacing physical disc sales. Technology has provided assurance that consumers can always access desired content, encouraging them to focus more on what they want from the experience.

People still like nice things, of course. But the shift toward the experiential represents a transition in the consumer mindset that has major ramifications on branding, positioning, product development, and marketing. In order to stay relevant, brands need to reflect the shift away from aspirational items. 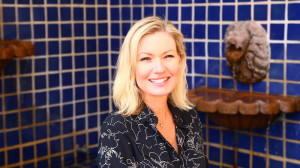 Amy brings more than 20 years of experience creating insights and strategy for some of the world’s biggest brands. As Partner of Research & Strategy, Amy provides senior strategic direction on...

3 Essential Elements to Brand Tracking in 2021 and Beyond

12 Growth Hacks for 2021 — Fuel Your Marketing, Insights, and Innovation Planning