The Politics of Trust: What the Government Can Learn From Brands
Perspectives > Blog Post

The Politics of Trust: What the Government Can Learn From Brands

John Le Carre could turn Edward Snowden’s last two weeks into a novel – and it’s his whereabouts, the political intrigue over where he’s gone and what that says about America’s relations with our global counterparts, as well as the motivations of the man himself, that have captivated us as much or more than the actual ramifications of what Snowden leaked.

John Le Carre could turn Edward Snowden’s last two weeks into a novel – and it’s his whereabouts, the political intrigue over where he’s gone and what that says about America’s relations with our global counterparts, as well as the motivations of the man himself, that have captivated us as much or more than the actual ramifications of what Snowden leaked.

But Snowden’s global flight has increased scrutiny of the growing security apparatus in the United States – a bureaucracy in which 4 million people supposedly have top secret clearance (is it a secret if you tell everyone?) and which has spent (including the military) $7.6 trillion since 9/11.   Both the Washington Post and the Guardian of London have repeatedly documented the power of lobbyists in Washington to increase security spending, and the fluidity with which political apparatchiks move into, and out of, the lobbying world – so don’t expect that spending total to go down.

At a certain level, this is indicative of nothing more than a decades long increase in the power of lobbyists, and a decade long increase in the amount of money we spend trying to keep the country safe.  But there’s a fundamental issue at hand here too that runs through this topic, and many more – our faith that government actually has our best interests in mind.

Every democracy relies on a fundamental compact of trust between its politicians and its constituents – that the latter can, to a reasonable degree, believe that the former are going to act in their best interests.  That pact has been broken, and it has nothing to do with national security.  Congressional approval ratings – those of the body that makes all spending decisions in the United States – are now in single digits.  A recent Pew poll shows only 1/4th of all Americans trust government to make the right decisions.  More people root for A-Rod than our Congress – we simply don’t believe anymore that the national government is taking care of us.

This directly affects the events at hand.  It’s absolutely possible that what the White House is saying it’s doing with the vast amount of our data it’s collecting is genuinely harmless – in fact, they know a lot less about our behaviors than Google does.  But: it’s just plain difficult to say “trust us” to a huge number of people who are blatantly saying “I don’t trust you.”

Amazingly, we actually trust Google – an organization that has been less-than-transparent about what it knows about us as well – much more than we trust our Congress.  Why?  In part because Google, Amazon, and every other giant data collector realize they must be transparent enough to engender trust.  They also realize the inherent value of demonstrating a benefit to the person giving up information – in the form of better searches and better deals.

There’s no question that it would help all of us immeasurably for the government to get its act together.  But in lieu of it bucking current trends, a little transparency on the security front would go a long way. If 4 million people know something, it’s not a secret.  Occasionally show a security victory gained by this massive data collection.  Demonstrate that we’re not just throwing more money and resources at a system who’s effectiveness we question, because we’re not told anything about it.

Corporations long ago learned that they can collect what they like about you – as long as they give you something in return.  Americans will remain skeptical of the security apparatus until it gives us something tangible in return as well. 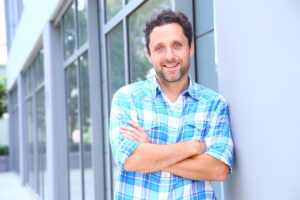