Why Virtual Reality Will Change the World As We Know It

Virtual reality, while still incredibly niche, has already shown its impact on the world. VR has helped cure phantom pains in amputee victims, aided PTSD victims by creating a virtual Middle East, and allowed surgical students to practice techniques. So, why is the time ripe for virtual reality mainstream adoption?

On April 16, 1977 the Apple II was introduced, featuring a color display, a case, and a keyboard.  Over the next several decades, 5 MM units were produced, and the computer industry was transformed from niche to ubiquity, affecting all areas of life.  Almost 40 years later, we sit on the edge of the virtual reality horizon, with similar parallels in technological advancement possible… along with the potential to completely disrupt the world as we know it.

Enter Palmer Luckey, a 22-year-old virtual reality (VR) enthusiast.  Disappointed with the current state of VR technology, Luckey dedicated himself to creating a better solution: Oculus Rift.  Oculus Rift, his consumer-ready prototype, was met with both consumer and corporate demand, raising $2.4 million on Kickstarter, and later being acquired by Facebook for $2 billion.

So, why is the time ripe for virtual reality mainstream adoption?

First, the world is now more open and connected than ever.  There is an innate desire to connect with others, and VR offers a chance to share a common presence in a way that is completely unparalleled.  Think of a wedding you wanted to attend, but could not.  While pictures and commentary do it justice, having control over your view would immerse you in the experience.

Second, virtual reality opens up availability to information; it allows for a complete understanding of surroundings.  The ability to take a virtual walk through a new home, visit a restaurant before you go in-person, or do a walking tour through the streets of Venice allows people to “try before they buy.”  Simulated experiences reduce ambiguity, and given the role of technology in this reduction, whether it is Waze’s trip ETA or Domino’s Pizza Tracker, virtual reality can exponentially create more aligned experiences.

Third, virtual reality could enable education through interaction with intangible concepts.  The easiest example of this is in pure math and statistics.  Mental visualization of complex concepts is something that separates the good from the great mathematicians, and virtual reality could close that gap.  By allowing for an immersive experience where students can directly see their effect, it reduces the reliance on rote learning, favoring true understanding.

In sum, virtual reality is a powerful concept currently limited by execution.  Oculus Rift may change that next year, or it may take another several decades similar to the trajectory of Apple.  What is known is that virtual reality will have a major impact on us.  What that impact is remains to be seen. 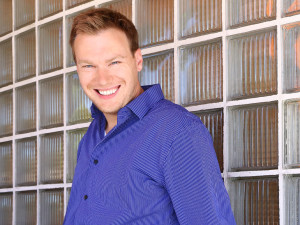 As Vice President of Quantitative Research, Mike leads global engagements for a broad set of clients.  With a passion that lies at the intersection of human psychology and brand, he harnesses theory...