Most Americans are interested in using DNA testing to understand more about their health and ancestry, according to a new national survey commissioned by 23andMe. 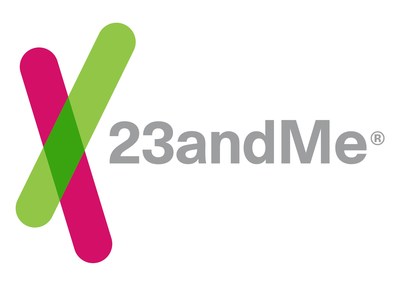 The survey also revealed an opportunity for education, illustrating that people’s strong interest in genetics is out ahead of their understanding of the science. Many still struggle with some basic genetic concepts, according to the numbers. This gap in genetic literacy follows similar findings around the need for improved science literacy in the United States.

“This shows a need for improved genetic literacy,” said Thao Do, PhD, 23andMe Education and Academia Program Manager, “and it also presents an opportunity to educate people in fun and interesting ways, especially given the high degree of interest in genetics. Genetic testing can be an engaging tool for people to learn more about their health and ancestry.  At the same time, it can help people learn about genetics in general — something that is increasingly important as genetic information becomes more accessible.”

The survey offered some striking contrasts between people expressing a strong desire to tap into potential insights obtained by genetic testing, while at the same time illustrating that they did not fully understand the science behind the tests. For example, nearly three-fourths of those surveyed (74 percent) said they were interested in testing, but about the same percentage of people (75 percent) didn’t know that humans have 23 pairs of chromosomes.

Despite this deep interest and curiosity about genetic testing, very few of those surveyed — less than 8 percent — have actually done an at-home DNA test. Some of the barriers were the cost of testing, and testing simply not being top of mind. Only 17 percent of those surveyed said their concerns about privacy were keeping them from testing.

While most Americans, about 80 percent, said they had privacy concerns around DNA testing, much of that concern stems from not knowing how their data would be protected. About 88 percent of those asked said they didn’t know or understand what sort of precautions testing companies take to secure this information. Four out of five respondents, who have not done a genetic test, said they’d be more willing to take one if they felt certain their privacy was being protected. Interestingly, the survey also showed that individuals who had privacy concerns were actually more likely to want to test, than those who did not have privacy concerns.

About two-thirds of Americans would be more likely to test if they knew that their data could be used to make new genetic discoveries and power research into new cures or treatments.

Most Americans, about 77 percent, know that genetics plays a role in the risk for certain diseases, and about 90 percent of respondents knew that DNA testing could inform them about their ancestry.

The survey dug more into this insight and found that about three out of five Americans said they believed the world would be more accepting of other races and cultures if everyone knew their genetic ancestry results.

The survey indicates that people’s interest in DNA testing may stem from whether they would be able to learn about health risks, or garner more insights into their ancestry. That interest is driven by curiosity about themselves and family.

About 73 percent of individuals surveyed said that they were more likely to do a DNA test if they could learn about potential health risks. And that interest doesn’t change even if they were to learn about a risk for a condition that currently has no cure, according to the survey. Asked if they would want to know about risks for serious conditions — such as late-onset Alzheimer’s disease, or Parkinson’s disease or breast cancer — a majority of respondents said yes.

The vast majority of Americans, 94 percent, said that whether it is information about their health, or ancestry, or traits, that they feel they have a right to at-home DNA testing to directly access this type of genetic information.

23andMe partnered with Kelton Global to generate the 23andMe DNA Survey, which was conducted between July 5th, 2017 and July 12th, 2017 among 1,000 nationally representative Americans ages 18+, using an e-mail invitation and an online survey, with a margin of error of +/- 3.1%.

About 23andMe
23andMe, Inc. is the leading personal genetics company. Founded in 2006, the mission of the company is to help people access, understand and benefit from the human genome. 23andMe has more than two million customers worldwide, with over 80 percent consented to participate in research. 23andMe, Inc. is located in Mountain View, CA. More information is available at www.23andMe.com.

Learn More
Hi! We're glad you're here. Kelton Global is now part of Material,and our site will be migrating to materialplus.io in the near future.Bookmark me!