The Rise of Moonshine

Moonshine, historically known for being a cheap, lower quality, headache-inducing beverage, has recently risen in status as a finely crafted spirit and a key piece of Americana.

The name moonshine brings to mind an alcoholic spirit that’s illicit, romantic, mysterious, and perhaps a bit magical.  Although it’s essentially just homemade whiskey (on a more base level, you could say ‘corn liquor’), it has a colorful and uniquely American history.  It was originally made out of necessity since alcohol was hard to come by during harsh economic times. Bootleggers made moonshine during the Prohibition era, and the illegal running of moonshine was a direct parent of today’s NASCAR racing.  In American culture, we associate it with hillbillies, Appalachia, and illicit distilleries hidden in the middle of the woods.  It’s known as being extremely potent and hard-to-drink booze that’s only hazarded by the brave or the desperate – assuming you could even get your hands on it.

However, in 2009 Tennessee changed its laws and legalized the licensed production of moonshine.  This prompted some smart entrepreneur to develop and distribute genuine, mountain-made moonshine to the masses.  In 2010, the Ole Smoky Tennessee Distillery opened and started packaging moonshine in classic-looking mason jars.  In addition to the traditional ‘white lightening,’ they produce 13 products including 100-proof Original Corn Moonshine, and 40-proof flavored moonshines such as Apple Pie Moonshine, Sweet Tea Moonshine, Peach Moonshine, and Lemon Drop Lightnin’.

The company is working hard to combat moonshine’s colorful reputation of being a cheap, lower quality, headache-inducing beverage.  Their recent commercials try to reframe their product as a finely crafted spirit and a key piece of Americana.

This heritage-focused approach could be effective at shedding moonshine’s less savory associations and help it tap into the emergent popularity of craft spirits, flavored alcohol, and the rising popularity of whiskey.   Clearly the product interest is there: Ole Smoky has experienced rapid growth in the last few years and is now available in 49 states and Canada. But is moonshine just a current fad?  I haven’t tried the product so I can’t speak to its flavor or usefulness as a cocktail mixer, but their distribution network has been doing an excellent job of getting into all the best luxury mixology bars in San Francisco.  Even at Walmart, which is not known as a high-end retailer, it isn’t positioned as an everyman product for the masses but instead is placed as a premium, top-shelf product next to the Johnnie Walker Black.

As the company works to grow Ole Smoky, it needs to do a better job managing the brand narrative throughout all of its brand touch points.  Currently, there are some inconsistencies that are confusing: Is this a premium product (as suggested by their product cues, distillation process, and their placement in high-end bars)? Or is it a scrappy, down-home brand with an independent spirit (as suggested by their packaging in mason jars and commercials focusing on their defiant, down-to-earth Appalachian heritage)?  Right now, it seems like they want it both ways.  They publically promote the latter, but support the former in their distribution network.

Chairman of Ole Smoky Joe Baker recently said, “The story of moonshine embodies the American spirit and is a fundamental part of our heritage here in East Tennessee. Rebellious, resourceful, and fiercely independent…”  I’m sure that’s true.   But if Ole Smoky was truly committed to its scrappy, independent brand spirit they wouldn’t be caught dead being showcased in high-end, premium bars.  You can’t be both NASCAR and Skybox at the same time. 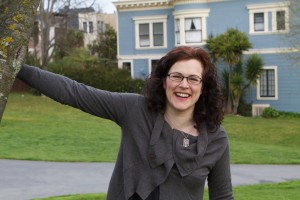 Amanda’s natural curiosity is contagious, and it’s that very curiosity that enables her to effortlessly translate research insights into high-impact strategies that deliver real, tangible...

Design Research: The Perfect Tool for Our Paradigm Shift

Adapting to the New Clean: 5 Ways to Evolve Your Brand Strategy in Today's World