Must Love Dogs. And Robots. And Other Partners: The fluid nature of love today and what it means for brands
Perspectives > Blog Post

Must Love Dogs. And Robots. And Other Partners: The fluid nature of love today and what it means for brands

Millennial Love: Kelton's Whitney Dunlap-Fowler explores four key cultural shifts that are influencing younger consumers' perceptions around love and marriage, and what this means for the future of marketing. 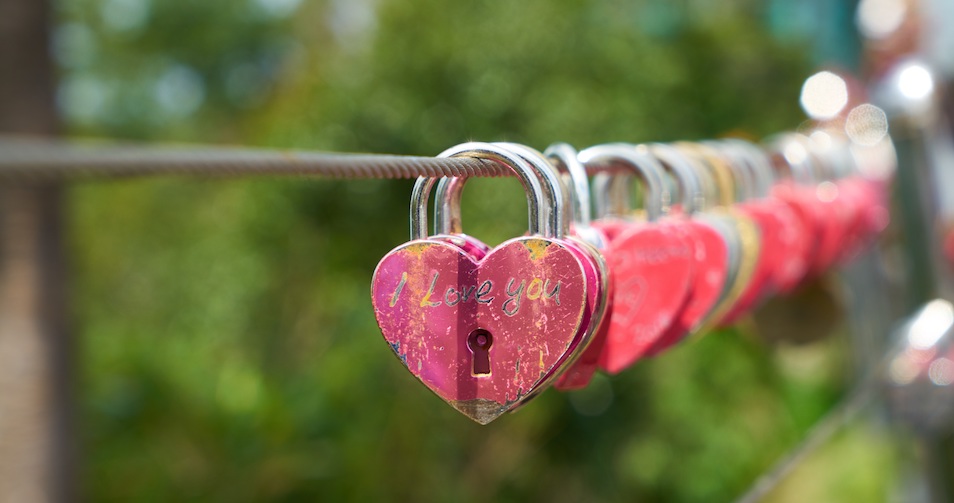 As Valentine’s day looms and the marketplace is bombarded with a barrage of products and messaging that center on ideal, traditional notions of love and romance, consumers are begrudgingly contemplating the terms of their own relationships, or “situationships.” With marriage on the decline and divorce rates higher than ever, it appears as if the traditional foundation of monogamy is being interrogated, dismantled and reshaped, ultimately shifting it into new, uncharted territories that center on apps, sex robots, delayed marriages and families, and increasingly popular ideals and practices in polygamy and polyamorous relationships.

The decreased appeal of prolonged, monogamous, romantic relationships is carving out an entirely new landscape of relationship priorities that brands and marketers will have to navigate in the very near future. Just as Millennials have been credited with dismantling years of well-established industries and corporations, they may also be pinned for undoing the state of love and the business of marriage.

Understanding how we got here is key for marketers who, due to the constant evolving nature of societal shifts, have to be able to keep their finger on the pulse of culture at all times.  Let’s take a look at four key cultural shifts that are actively influencing consumer perceptions around these categories.

1. The Pursuit of Happiness and “Living Life On My Own Terms.”

Ever observant, Millennials are taking lessons from the mistakes their parents made, hoping to avoid the same pitfalls of previous generations, including failed relationships, divorce, shared custody battles and potential obligations toward alimony and child support.

Despite the common nature of divorce today, most Millennials are working to avoid it all together, leading many to reconsider their ambitions pertaining to relationships and marriage. With happiness increasingly set as the end-goal for all of their endeavors, Millennials are choosing to live life on their own terms by reexamining traditional norms, selecting the parts of societal ideals that they still believe in, and melding it with their own more flexible, and modern belief systems.

This also applies to consumers’ growing affinity for spirituality as over religiosity, as they are actively questioning the foundation of their faith, while interrogating its relevance and accuracy in their lives today, especially as it pertains to what they’ve been taught to value and hold sacred with regard to relationships and the institution of marriage. Essentially, consumers are flipping the rules of love and monogamy by leaning-in to, and accepting alternative ways to love, and sustain romantic partnerships.

One example of how some are securing personal happiness is demonstrated by a recent a study which examined a marital phenomenon of women becoming active agents in their own infidelity– a stark contrast from past perceptions of infidelity which often painted men as vow-breaking aggressors and women as innocent, passive participants. Reasons for cheating on their husbands ranged from general boredom to lashing out due to deeply held resentment about the presumed inequity of labor within their marriages. For these women, infidelity was utilized as a tool to craft a new version of happiness, avoid divorce and stay in their marriages.

2. The Influence of Technology and the Loss of Human Touch.

The advancement of technology and the digital world has greatly affected what is socially acceptable when it comes to dating. Today’s relationship economy has transformed into a mostly functional and exchange driven process; love and intimacy have essentially become normalized aspects of our consumption ecosphere; much like Starbucks coffee.

Today’s reliance on tech, strategically crafted algorithms and segmentations puts everything consumers want at the swipe of their fingertips– dating included. The byproduct of this phenomenon is an expectation of instant gratification, which has trickled down to the categories of marriage and relationships, where societal impatience festers. This shift can potentially prompt dangerous behaviors (entitlement to women’s bodies, frivolous unprotected sex) or inventive solutions (the creation and commercialization of sex robots, meant to be the answer for those who want what they want at the snap of a finger without having to deal with the very real emotions and feelings of a human being).

While technology has enhanced our lives, it has also changed the way we interact with one another. It provides new opportunities for consumers to connect with each other in ways they couldn’t before; at the same time, text messages and digital platforms offer an easy avenue for lies, deception and catfishing behaviors. As face to face communication takes a back seat to the quick & efficient aspects of text messaging, emojis and GIFs, more Millennial consumers are leaning-in on digital communication methods that enable them to avoid awkward or anxious conversations. Within that approach however, comes the eventual consequence of a generation void of basic human interaction cues such as body language, and facial expressions that are necessary when building relationships.

When it comes to shifting gender norms, women have made large strides in accessing spaces and opportunities that used to be closed off to them; men however have not benefited as much as their counterparts. Despite societal shifts in gendered norms and expectations, masculinity has only been able to shift within its own vertical, and essentially is still quite constrained to operate within the limits in which society deems acceptable.

For example, “marriageability” has traditionally been (and still is) inextricably linked to male employability as men continue to be positioned as the providers of their households, and are expected to work in roles that are seen as inherently masculine. However, given the decline of manual labor industries, many men are finding themselves without jobs, without the education and experience to attain more white collar roles, and are faced with the option of considering positions that are typically taken on by women– something that neither they nor their wives or potential marriage prospects desire.

Women are finding themselves at an advantage, both educationally and career-wise as they continue to attain higher education and maintain employability more often than men. But these advantages create tensions with prospective male partners who may be jealous or insecure about their inability to perform the way society expects them to. This is compounded by the fact that, no matter how much they earn, many women still want their partners to earn more than they do.

The lack of manual labor jobs for men, their increased dependence on drugs/opioids to lessen the pain, and frustration and disappointment they feel about themselves paints men today as unsuitable partners. Because of this, when it comes to picking a partner, many Millennial women are choosing to remain single, or childless, often opting for advancing their careers while freezing their eggs until they are ready to start families of their own.

4. The Birth of the Sharing Economy and Shared Relationships.

As Millennials journey out to find the happiness they seek, they have also reclassified what “success” looks like for them. Many have elected to push traditional milestone markers back (such as buying a house, or starting a family) in favor of building a more stable foundation before jumping into situations they feel they can’t afford.

The “Sharing Economy” has now become a synonymous with Millennials, and nothing exemplifies this more than how some are choosing to live: at home, or in collaborative living dormitories with multiple roommates well into their 30s. However, collaborative living is more than just a solution for those seeking new ways to save money, as documenting Millennial loneliness has shown us a darker side of the effects of technology. As technology relegates us to our devices, Millennials find themselves craving more friendships and connections with others, but they aren’t always sure how to achieve such lofty ideals in a such a hectic social climate where texting reigns supreme.

The act of sharing spaces and sharing things for the sake of monetary relief or gains, or for the sake of companionship has, for some Millennials, become just as ingrained in their daily activities as breathing. It could be said that their affinity for convenience-sharing is one of many threads leading to the normalization of open and shared relationships, or more optimistic and accepting attitudes toward polyamory.

What This Means for Brands

As brands continue to explore and decode the concept of happiness for Millennials over time, they will need to keep in mind the tendency for this particular group to write their own rules, in everything. Future generations’ expressions of relationships and marriage will likely look a lot different than it does today, centering more on trusted unions and faith in partnerships, rather than laddering up to one-kind of monogamous love union.

This likely means that the definition of “family” will shift again, as consumers will refuse to be defined and constrained by societal expectations and labels. Expressions of “loyalty” and “fidelity” may look more nuanced in the future, as well. Additionally, the savvy, and self-aware nature of Millennials has created a new generation of consumers who reject perfectionism and photoshopped ideals. Consumers will prefer to see the messier side of love and marriage, not the idealized, highly romanticized, Disney-like version they’ve been taught since they were children.

However, like most elements within the space of love and marriage, the definitions for these concepts won’t be completely detached from their origins. While Millennials have a particular knack for inventing new technologies and ways of thinking, it’s also important to remember that the generation as a whole still appreciates the values of their parents and grandparents, often paths of those who came before them to modify their own love journeys.

For brands and marketers, the key is in updating messaging around love and marriage, not reinventing the concepts themselves. When done correctly, brands will be able to accurately reflect a more modern, inclusive and flexible relationship landscape for future generations of lovers. By taking the time to tap into Cultural Insights, marketers will not only be able to comprehend the changing state of the marketplace but they will also be able to anticipate critical cultural shifts and take the necessary, appropriate action.

Design Research: The Perfect Tool for Our Paradigm Shift

Adapting to the New Clean: 5 Ways to Evolve Your Brand Strategy in Today's World