Get to know Amy Balliett, and how she went from candy store owner to co-founder and CEO of Killer Infographics. 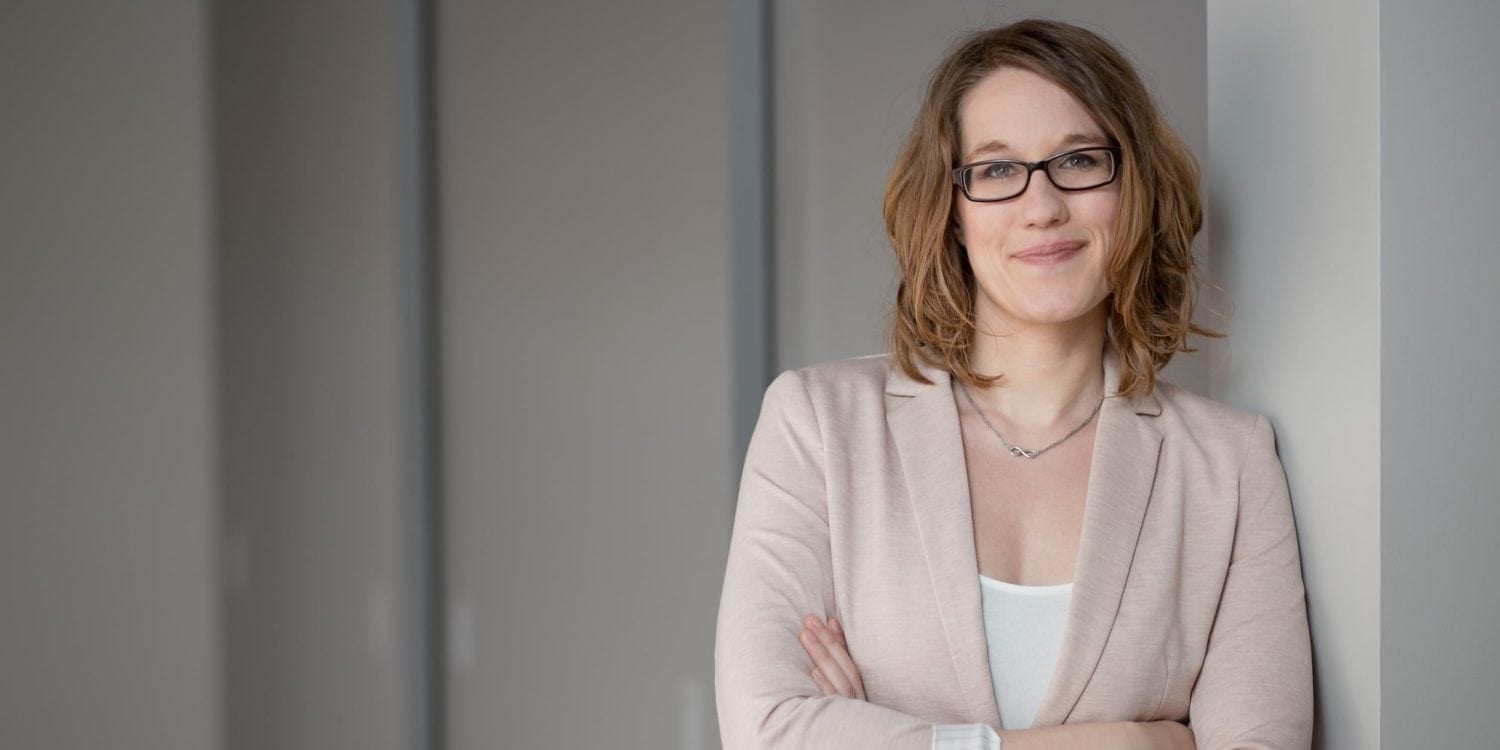 We sat down with Amy Balliett and asked her a few questions about her fascinating journey.

When was Killer founded? What motivated you to create the company?

I have always had two professional passions: marketing and visual storytelling. It’s because of this that I earned my degree in film with a minor in marketing before moving to Seattle. For years, I kept these two focuses separate by first starting my career in film and later switching entirely to online marketing. It wasn’t until Killer Infographics was founded that these two competing forces came together to form something unique.

In 2009, I founded a company called 7 Figure Project with the goal of building a series of lead generation–based websites. By June of 2010, one website, ZippyCart.com, was making enough money for me to quit my day job and focus on it full time.

To promote our portfolio of websites, I started designing infographics, which were growing in popularity at the time and already great at driving engagement and traffic. To my surprise, people started to reach out to me to design infographics for them — and that’s where I recognized an opportunity.

By early 2011, it became clear that the demand for great visual content wasn’t going away, and pivoting the company was a must. I wasn’t a designer by training, so I knew I needed a strong team to deliver the quality our growing customer base was looking for. Over the next two years we sold ZippyCart and shifted our focus to becoming a world-class visual communication agency. We developed an in-house team of talented designers, animators, content editors, researchers, project managers, and developers.

What previous work experience did you bring to the table?

I owned my first company, a candy store and ice cream parlor, when I was 17 years old. The candy store was in the center of a summer vacation resort, so I could run it during my summer break without having to compete with the demands of school. But spending my junior and senior summers of high school running a business rubbed me the wrong way and I told myself I wouldn’t start a company again.

When I left for college, I gave control of the candy store back to the resort and turned my attention to film and marketing. In the hopes of getting out of Ohio, I graduated with a 4-year degree in 2.5 years and moved to Seattle to pursue film.

I started my post-college career as a market researcher for movie trailers, then took on a role as a video editor for mobile video on demand (this was in the time of flip phones). In that role, I learned the full Adobe Creative Suite and began designing cell-phone wallpapers, a hot-selling item before the iPhone came into existence.

One day, I had an idea: to build a new social network, one centered around artists. Facebook wasn’t widely known yet (though it was already making the rounds on college campuses) and MySpace clearly needed a competitor. I tapped the most talented developer and designer I knew — my cousin, Bill Tinney — to become my business partner. By December of 2006, we launched Ourtbeat.com.

This was a short-lived venture as I quickly realized that I could do the marketing and develop “great” teaser videos and animations, but the bulk of the work rested on my cousin’s shoulders. No matter how talented and hardworking my cousin was, this was a job for 20 developers and I felt like I wasn’t bringing equal support to the table. Months later, Facebook launched to non-.edu email addresses and the entire landscape changed.

I walked away from that venture realizing a few key things:

Using what I learned with Ourtbeat, I began a career in SEO and online marketing. I learned to code, studied the ins and outs of SEO, and experienced what it was like to be a customer of creative agencies. By the time I started Killer Infographics, I knew what I liked about being a client and what didn’t like about it. I knew how to build a great website, how to market it, and how to manage a creative team. And most importantly, I knew the Adobe Creative Suite like the back of my hand so that I could hire talent with enough authority to ensure mutual respect.

There isn’t a single job at Killer that wasn’t on my plate first. I’ve worked in every single role in my company and am able to understand the challenges that my employees face as a result. And since I spent so many years on the client side of things, I understand the expectations and needs of our clients as well. This makes anticipating both client and team needs easy, which helps set everyone up for success.

What surprised you the most about founding your own company?

I never realized just how humbling the experience would be. When you start your own company, people often expect that you have all the answers or know how to manage and lead. But I hadn’t really managed more than 5 people at once prior to starting Killer Infographics and the visual communication industry was so new that I definitely didn’t have all of the answers.

Starting and growing a company from 0 to 30 employees with millions on the line is pretty mind-blowing. You learn as you go and have to surround yourself with equally ambitious people who can roll with the punches and grow with you.

I had no idea that the team I was hiring would teach me so much. They challenged me to be better. They pushed me to take more risks than I would have taken on my own. And they taught me how to be a better leader. They still teach me this every day.

I truly didn’t realize what it would be like to have a talented team joining me on this adventure and helping to define it. It has come with many introspective moments, ups and downs, and ultimately has been one of the best experiences of my life.

What challenges did you face as you grew your company, and how did you overcome them?

From the very beginning, we knew we wanted Killer to make a lot more than infographics. To stay relevant, it was essential that the business evolve and expand with changing trends, new technologies, and consumer preferences. So one of the challenges we have taken on every step of the way is ensuring we’re offering the full suite of services that our clients need.

This has required not only growing the team but offering employees plenty of opportunities and resources for professional development. Over the years, many if not all of our employees have learned myriad new skills and evolved in their roles as the company and its offerings expanded. This is one of the accomplishments that I’m most proud of — we’ve built a team of highly talented and adaptable individuals who continue to learn and grow every day.

What’s one thing a lot of people don’t know about you?

I have always wanted to be a writer. This is a common theme in my family — all of us feel like we have at least one good book in us. This is still a big dream of mine, which is a bit ironic, considering I’m the CEO of a company focused on communicating with as little text as possible. I promise, though, when I do write a book, it will be filled with relevant visual communication!

What’s the most important thing you’ve learned that has made you a better leader?

I’ve learned that when you have a talented team in place, it’s important to step back and let them take leadership roles when necessary.

Killer Infographics began as a tiny, self-funded startup, so in the beginning, I was used to doing a little bit of everything. But as the company expanded, I realized that I couldn’t continue to be involved in every aspect of every project — as much as I wanted to be. Because I had so much on my plate, I would become a bottleneck, blocking some projects from moving forward simply because I couldn’t juggle everything at once.

I finally realized that the point of having a fantastic team was that I could trust them to take on challenges themselves, and know that they would rise to the occasion, again and again. When I pivoted away from my old leadership style and gave them the room to excel, that’s exactly what happened.

What do you think makes a strong company culture and why?

Killer didn’t always have a defined set of company values, but once we finally identified them, they came to be an essential guiding force in every decision we make. I want to list our values here now, because they’re fundamental to our company culture:

Living by values like these makes for a strong company culture. Because we are guided by these principles, our team members are constantly seeking out new educational opportunities. They’re also willing to learn from each other — even when it means finding out that there’s a better way to do things.

Listening to and learning from each other and from our clients requires an environment of mutual respect. This in turn makes Killer a happier place to work — a place where we feel inspired and motivated to connect with and inspire those around us.

Finally, leadership is a fundamental component of a strong company culture. As Killer’s CEO, I feel like I learn something new every day — all I have to do is listen to my team. I’ve worked hard to improve my skills and model the type of leadership that I want to see in our executive team. In the end, our approach to leadership is based on building real human connections with our clients and our team members. I believe that this approach is part of what makes Killer a great place to work.

What’s your favorite thing about working with the brands you partner with?

You know that feeling you get when you watch someone open a present that you put a lot of thought into? The anticipation of watching them react with excitement? That’s what is so fun about working with the brands we partner with.

Every project we produce is, in a way, gift-wrapped. Lots of planning and hard work lead up to the development of a first-draft design. When we finally share a first draft with a client, we get to witness them react with the same awe and surprise as if they were opening a present for the first time. I absolutely love that feeling and love that some of the world’s most trusted brands trust Killer to bring that excitement to them and their audiences.

What are you most excited about for Killer in the next year?

After years of talking about it, we are finally changing our name. By the end of June, Killer Infographics will become Killer Visual Strategies. For years we have provided a far greater variety of solutions than infographic design to our clients. In fact, we have been a leading full-service visual communication agency since 2012. Clearly, this name change has been a long time coming.

While a name change might not seem so exciting, it’s what the name change symbolizes that matters most. We have spent years establishing ourselves as the visual communication agency of record for the world’s top brands, and this has culminated in our amazing partnership with Kelton, the world’s best insights team. With Kelton on our side, we can drive an entirely new form of strategy for our clients, and changing our name only solidifies this fact.

How to Personalize the Customer Experience with Interactive Content