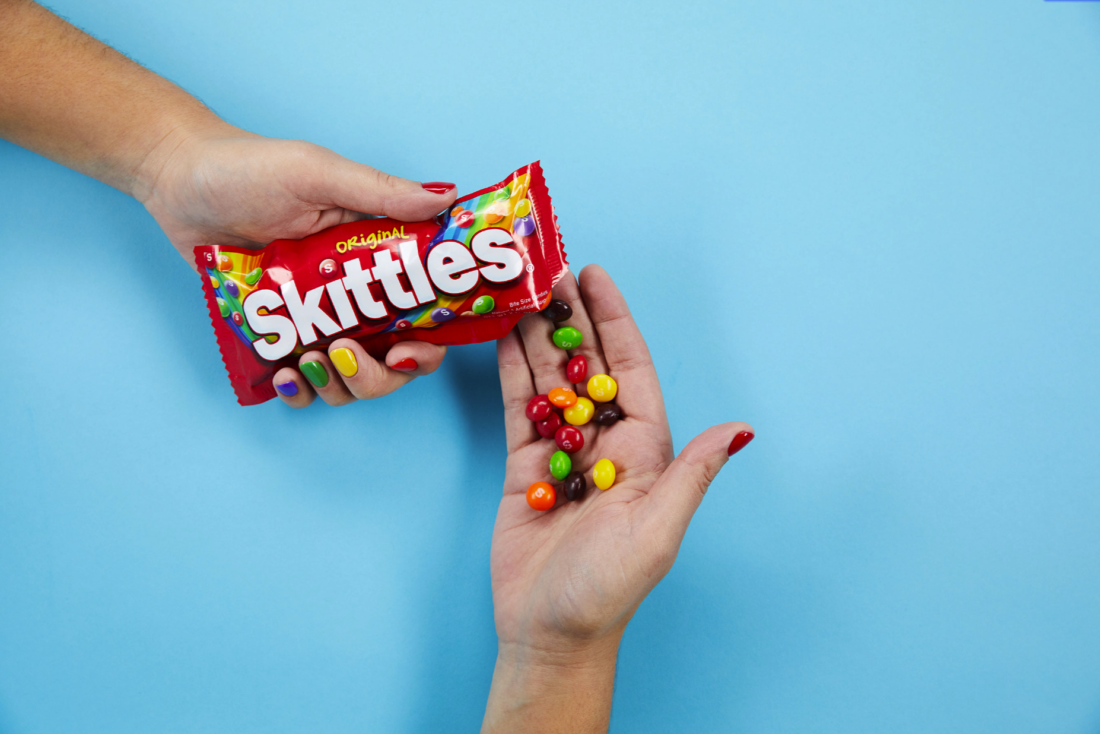 To celebrate their 30th anniversary of the iconic “Taste the Rainbow” tagline, Skittles turned to us to uncover hidden meaning behind the various ways people eat Skittles. The results fueled a colorful PR campaign that is making major headlines. Congrats to Skittles on their recent features in AP, People, Today, WBOC, The National Confectioners Association, and Candy Industry!

“We were thrilled to partner with Skittles on this fun, quirky and insightful survey. Not only were we able to identify the different ways Americans eat their Skittles, we were also able to see that the way they choose to enjoy Skittles reveals a lot about their personality. Are you a hopeless romantic? Love being the center of attention? Detail-oriented? Grab a bag of Skittles and find out for yourself.” — Teresa Tan, Kelton’s Director of Insights & Strategy

Check out their recent coverage in People:

This Is the Worst Skittle Color, According to Thousands of Customers

The company conducted a survey to determine what your favorite Skittles color says about you.

Apparently, the way that you eat your Skittles actually correlates with your everyday behaviors and personality traits.

To celebrate the 30th anniversary of the iconic tagline “Taste the Rainbow,” the candy company conducted a survey among adults in the U.S. that have eaten Skittles in the last three months. “Whether it’s conscious or sub-conscious, chances are you have a preferred way to enjoy Skittles,” said Senior Brand Manager Rebecca Duke in a press release. “We love learning about our fans, so we wanted to understand why these preferences exist and what they really mean.”

They partnered with Kelton Global, an independent, third-party research firm, and ended up surveying 2,000 adult Skittles lovers. Among other discoveries, they found that America is not crazy about yellow Skittles.

According to the findings, only 6% of Skittles eaters favor yellow.

The survey also provided some very random, very specific insights into the lives of those who prefer certain color Skittles.

Red Skittles fans are more likely to identify as hopeless romantics (61% vs. 55%), for example, and are more likely to be in a relationship (62% vs. 57%). Green skittles lovers who are single are 50% more likely than other single Skittles eaters to have been ghosted by their dates. Like we said, very random.

On the other hand, orange Skittles eaters are more likely to respond immediately to friends’ text messages (61% vs. 51%) — so we’ll be sneaking the orange candies into our friends’ diets from now on.

In non-color-related findings, nearly half (49%) of those surveyed eat Skittles by the handful, while 31% grab a few at a time, and 20% eat only one at a time.

If you prefer to eat your Skittles one by one (so you can actually taste each individual flavor) then you’re more likely to leave a party without saying goodbye to anyone (37% vs. 32%), you’re a shy dater, you’re less likely to message people first on dating apps (25% vs. 33%), and you hang your toilet paper in the “over position.”

Curious about the rest of the findings? Want to see more of what your preferred flavor says about you? Check out the results on the Skittles website.